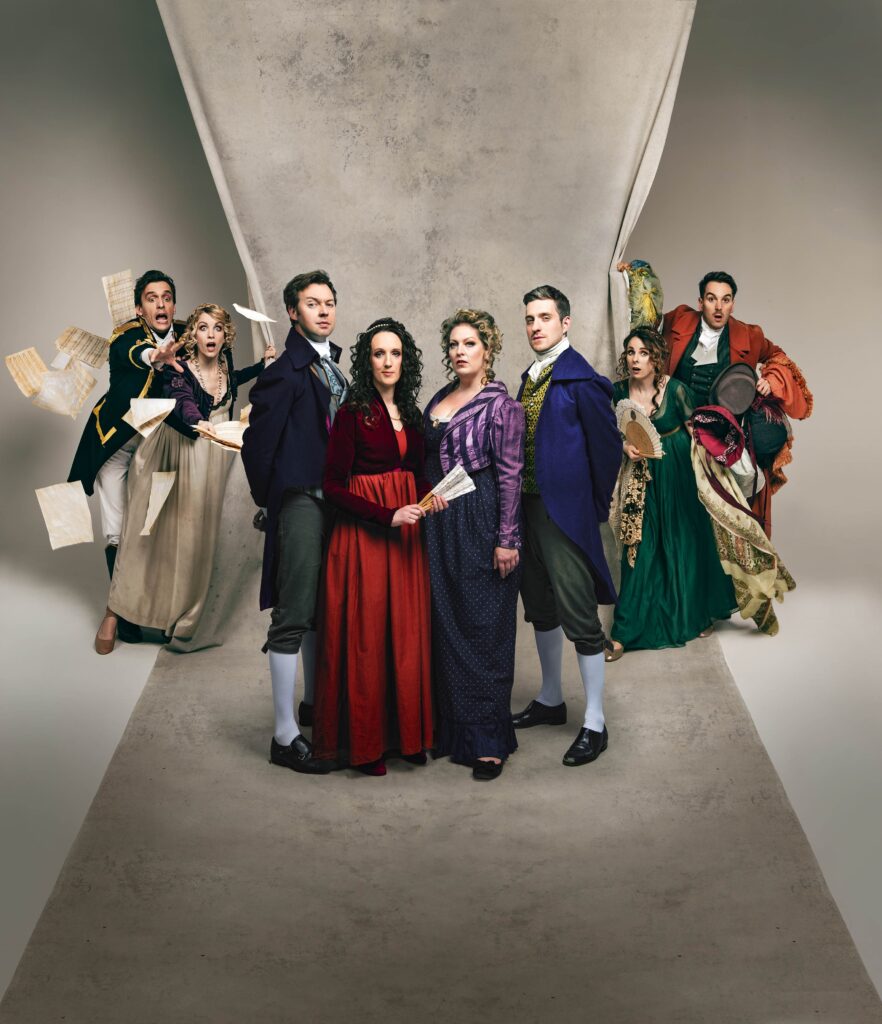 Austentatious is saddling the horses for a Grand Tour of the United Kingdom!

Austentatious is an improvised comedy play starring a cast of the country’s quickest comic performers. Every single show the cast conjures up a brand new ‘lost’ Jane Austen novel based on nothing more than a title suggested by the audience.

The show comes fresh from multiple sellout runs at the Edinburgh Fringe, a weekly residency in London’s West End and a BBC Radio 4 Christmas special. Now Austentatious will be appearing at theatres across the country to entertain and astonish audiences in equal measure. Previous ‘lost’ masterpieces have included Double 0 Darcy, Game of Scones and The Wickham Man, and no two shows are ever the same.

Performed in period costume with live musical accompaniment, this is a Regency treat guaranteed to delight Austen novices and die-hard fans alike.

Brilliant…these are comedians at the top of their game.

A joy to behold.