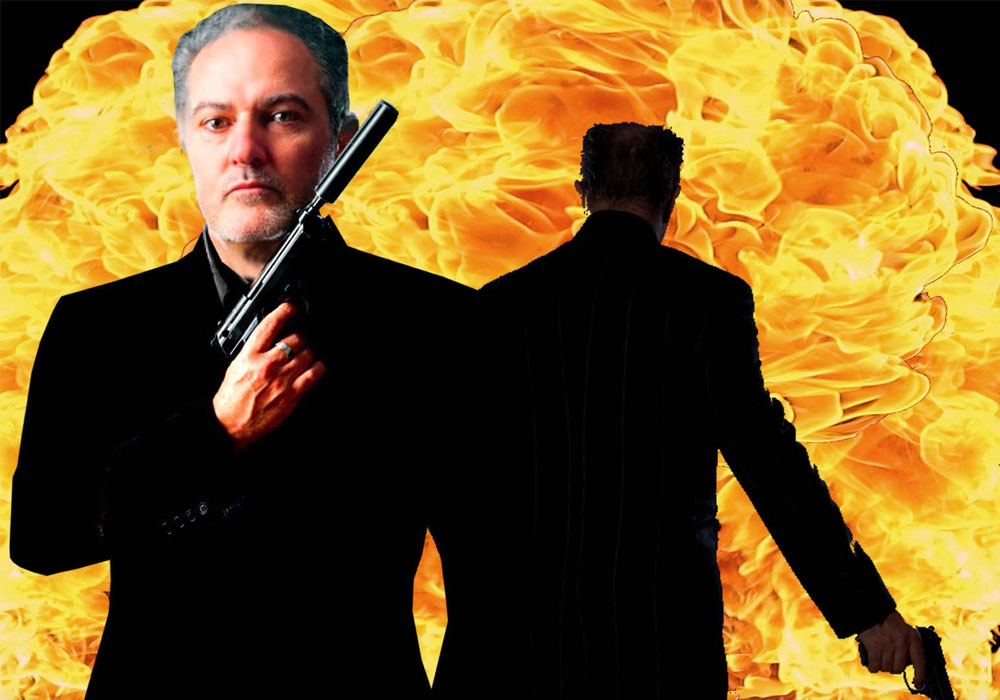 Written and Performed by Gavin Robertson

Bond is back… older but still wisecracking…

Following performances in Russia, USA, UK and most recently in 2020, Australia, Gavin Robertson focuses his attention on the Bond phenomenon in his latest physical cartoon-style adventure – spoofing the characters adored by millions, and exploding every cliché in the book(s)… solo! In which Bond meets his greatest arch-villain yet – Ian Fleming himself, courtesy of a time-machine, and featuring the smallest car chase (n)ever seen!

His brand of physical comedy has toured the world with past productions such as THUNDERBIRDS F.A.B, THE SIX-SIDED MAN, SPITTOON and 2010 A SPACE ODDITY touring in the UK, Europe, Brazil, Japan, Senegal, Chile, Taiwan, The Middle East, Costa Rica, India, Lebanon, Bosnia, Russia, Australia, New Zealand, and the USA.

One BOND film you’ll think you’ve seen but that never made it to the big screen.

Robertson knows which clichés to capture – a real pleasure.

Comedy at its best - funny, subtle and intelligent.

A masterful comedian at the top of his game. Pure skill.

Gavin Robertson performs with a subtle authority that is compelling to watch.