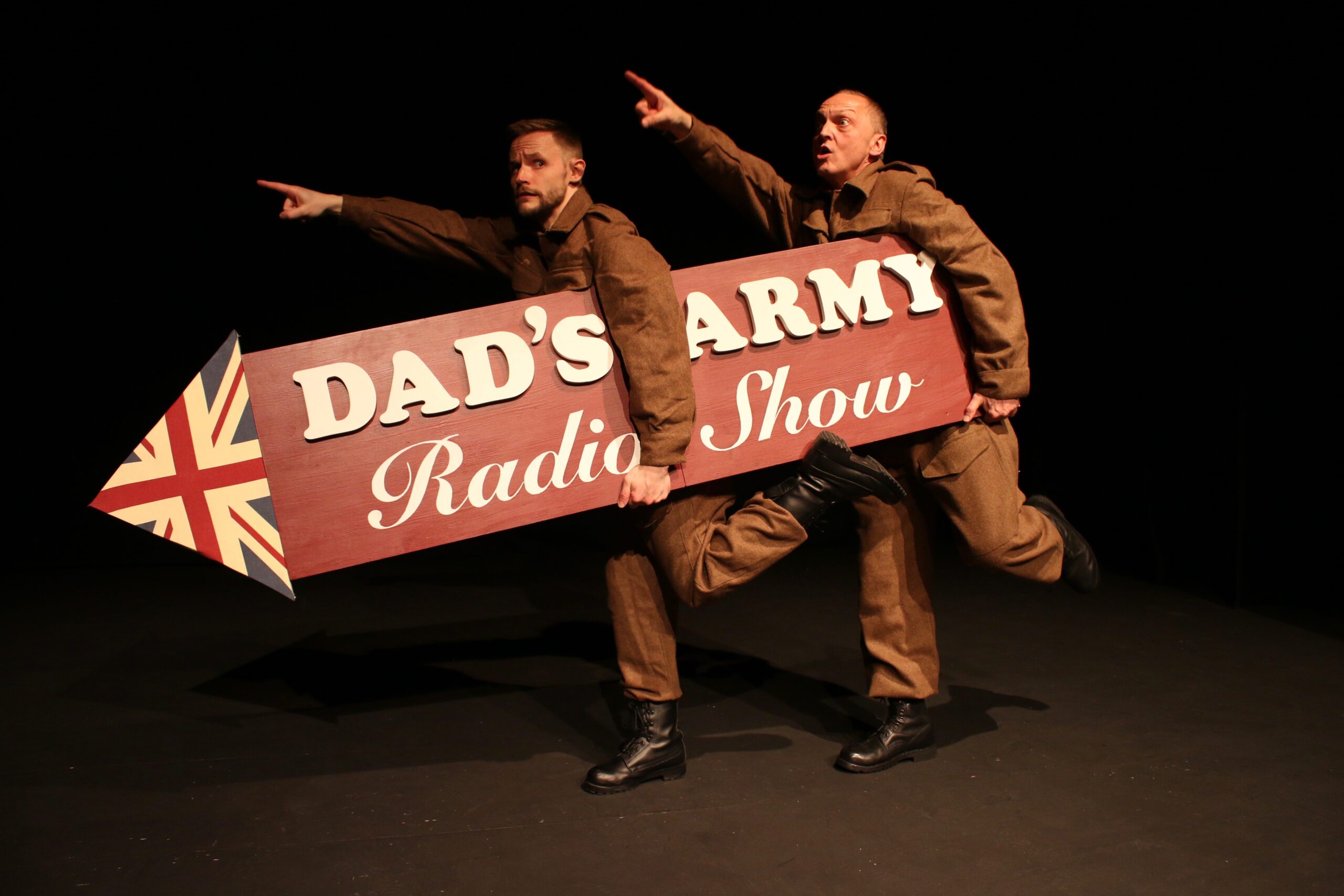 Perry and Croft’s classic BBC sitcom brought gloriously to life. Three episodes of the hugely popular radio series hilariously and lovingly enacted by two master performers. David Benson (Goodnight Sweetheart and One Man, Two Guvnors) and Jack Lane (Wisdom of a Fool and 7 Days) transport the audience right back to Walmington, working from original radio scripts – complete with sound effects, vintage music and all of Perry and Croft’s beloved characters and catchphrases. Highly acclaimed by critics and by audiences of all ages.

Featuring three episodes newly adapted for stage; ‘When You’ve Got To Go’, ‘My Brother and I’ and ‘Never Too Old’.

‘Benson and Lane’s two-man Army are a comedy force to be reckoned with.’

‘Benson & lane carry it all off beautifully’

'Brilliant! The speed, accuracy and comic timing are breathtaking. I loved it!'