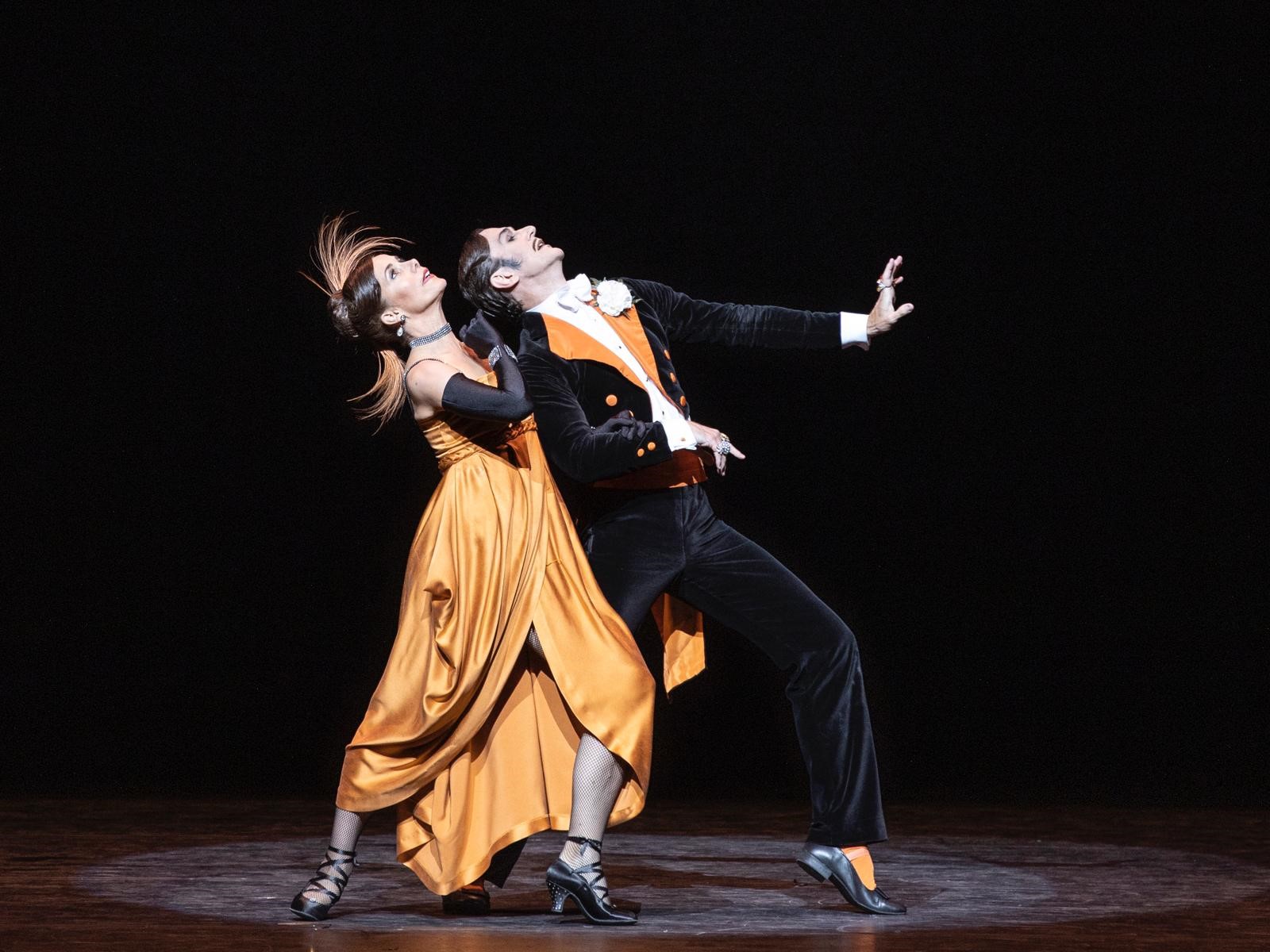 As the leading Dance Actor of his generation and with an international career spanning four decades, join Royal Ballet Principal Character Artist and Senior Ballet Master Gary Avis MBE, in conversation with Suffolk Author and Broadcaster, Christine Webber, for an in-depth look at his spectacular career in ballet and more.

This special evening in conversation will take the audience on a journey of his life and career from the very beginning as an Ipswich boy aged 12 taking inspiration from Gene Kelly and Fred Astaire and following his unique journey to the very top of the world of ballet, two National Critics Circle Dance Awards and a very special Honour from HM Queen.

Creating roles for the finest choreographers including  Sir Kenneth MacMillan, Christopher Wheeldon and Wayne McGregor and dancing with many of the world’s greatest ballerinas including Dame Darcey Bussell, Sylvie Guillem, Alessandra Ferri and Marianela Nunez we will chart his journey from The Royal Ballet Company’s corps de ballet to his critically acclaimed performances of many of leading roles the Royal Ballet repertoire including Drosselmeyer (The Nutcracker), Von Rothbart (Swan Lake), Tybalt in Romeo and Juliet and many more.

This fascinating and insightful evening, first created at the Royal Opera House, will include film clips and imagery and in-depth lively and frank discussion of Gary’s experience as a dancer taking to the stages of many of the greatest theatres and opera houses around the globe. There will also be tales of adventures with Darcey on Strictly Come Dancing, launching cruise ships and what it felt like to dance in front of an audience of millions at The Closing Ceremony of the London 2012 Olympics.

Gary is a proud advocate for the arts scene in Suffolk and is committed to inspiring young artists and choreographers as DanceEast Board Member and creating opportunities for everyone to experience the healing qualities of the arts as an Ambassador for Suffolk Community Foundations Arts and Culture Fund. Through his Charity Gala projects, Gary has also brought The Royal Ballet Company to Suffolk twice (so far) and performed at Theatre Royal in 2015 for the High Sheriff Gala performance. Christine also appeared here in 1976 in Busy Body with Hilda Baker.

Christine Webber, who lives in Eye, is a writer, broadcaster and columnist for the East Anglian Daily Times, and positive-ageing life coach. People with long memories will remember her from the 12 years she spent presenting Anglia TV’s nightly news programme About Anglia.

Christine has written 10 self-help books and four novels – the latest of which, So Many Ways of Loving, came out earlier this month. Christine has herself appeared on stage at Theatre Royal in 1976 in Busy Body with Hylda Baker.

Theatre Royal are hugely grateful to Gary Avis and Christine Webber for giving up their time to support Theatre Royal with this fundraising evening.

All of the income raised through the sale of tickets from this evening will go directly towards supporting Theatre Royal’s core costs and recovery after the Pandemic.