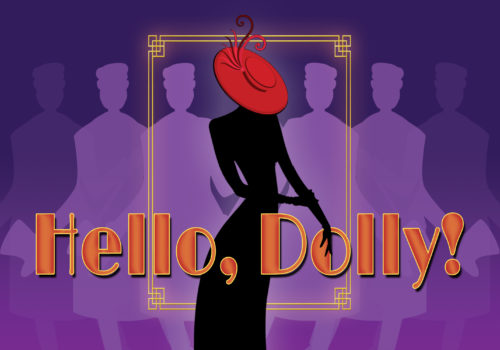 Irving Stage Company returns to Theatre Royal with the perennially popular musical comedy that represents Broadway at its joyous best. The irrepressible matchmaker Dolly Levi meddles her way through 1890s New York, mixing and mating couples – and finding her own match.

New York is buzzing – Dolly is coming home. Dolly Gallagher Levi has always been a woman who arranges things – and the wealthy but grumpy Horace Vandergelder has hired her to arrange a marriage for him. With an eye on her own future, Dolly engineers the romances of a whole cast of characters as she returns in triumph to the Harmonia Gardens, leaving chaos in her wake.

With a score including ‘Before the Parade Passes By’, ‘Put On Your Sunday Clothes’, ‘It Only Takes a Moment’, and of course ‘Hello, Dolly!’, this is an award-winning extravaganza of great tunes, lively dance numbers, and a hilarious script. Evoking the excitement of turn of the century New York this is a show to enchant and entertain.

Premiered in 1964 with Carol Channing in the title role, the original stage show of Hello, Dolly! ran for 2,844 performances. It remains one of the best-loved musicals in history, revived numerous times around the world and it has won many theatre awards. The 1969 film starred Barbra Streisand and was directed by Gene Kelly, and won three Academy Awards.

Book by Michael Stewart, Music and lyrics by Jerry Herman, based on the play The Matchmaker by Thornton Wilder. Original production directed and choreographed by Gower Champion. Produced on the Broadway Stage by David Merrick and Champion Five, Inc.

This amateur production of Hello, Dolly! is presented by arrangement with Concord Theatricals Ltd on behalf of Tams-Witmark LLC. www.concordtheatricals.co.uk

This is an amateur production performed by Irving Stage Company.