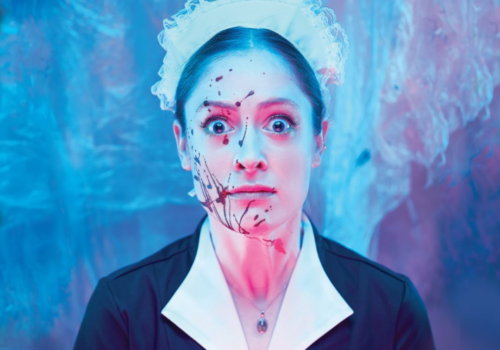 A hotel room, a maid and a dead woman.

It’s not what it looks like, really, it’s not. It was self-defence… and anyway, the woman was asking for it. The chambermaid considers herself to be a pretty normal person; she reads books. She pretended to read the party manifestos at the General Election. She’s even read The Psychopath Test and she’s pretty sure she’s not one, so…

Award-winning smash-hit Ladykiller is a blood-soaked morality tale about victimhood, power and flipping the gender rule book on psychopathy – a (gruesome) quintessential, jet-black comedy for the age of the gig economy.