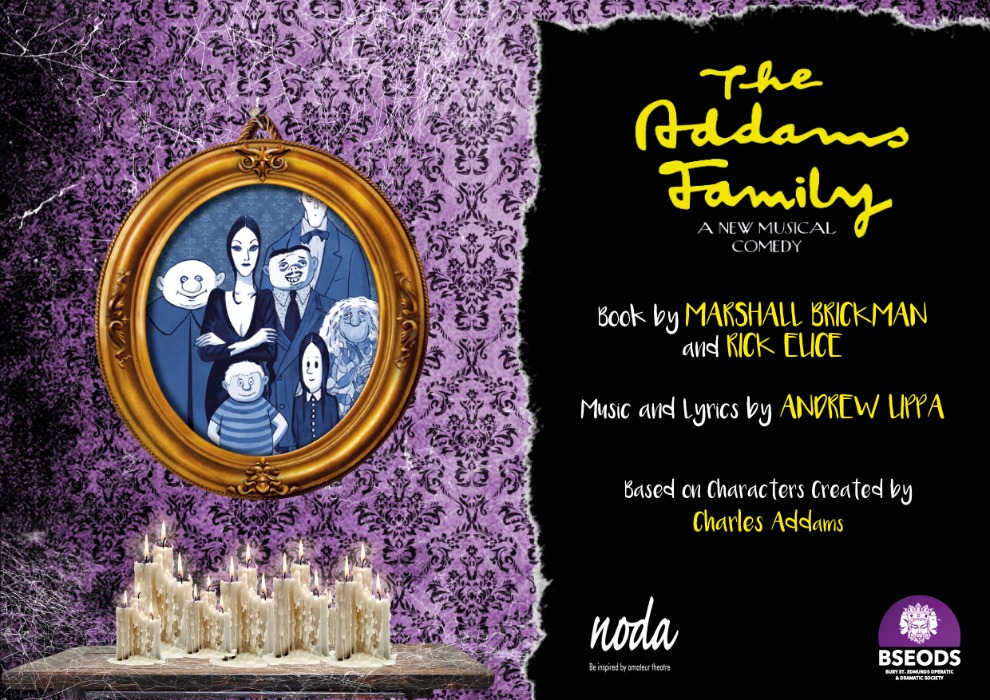 BSEODS are delighted to present the Addams Family, the ultimate warmup act to Halloween, as their return to the Theatre Royal stage!

Meeting your in-laws is stressful. Having them meet your parents even more! But when you’re an Addams, it’s a completely different story.

Wednesday has grown up, and she’s fallen in love. And while she’s nervous about introducing her boyfriend Lucas to her parents, he’s just as nervous that his parents are going to embarrass him! Whoever said love was easy?

At the end of a very eventful evening, will Wednesday and Lucas still be together? Will Morticia ever get to visit the sewers of Paris? Will Fester ever get to meet his secret love? Is Mal really that dull? And has anyone seen Grandma?

The Addams Family are an odd bunch, but they mean well. And so do their ancestors! Even if they do sometimes use a few mild swearwords, and flashing lights.

Based on characters created by Charles Addams.