The Ballad of Maria Marten 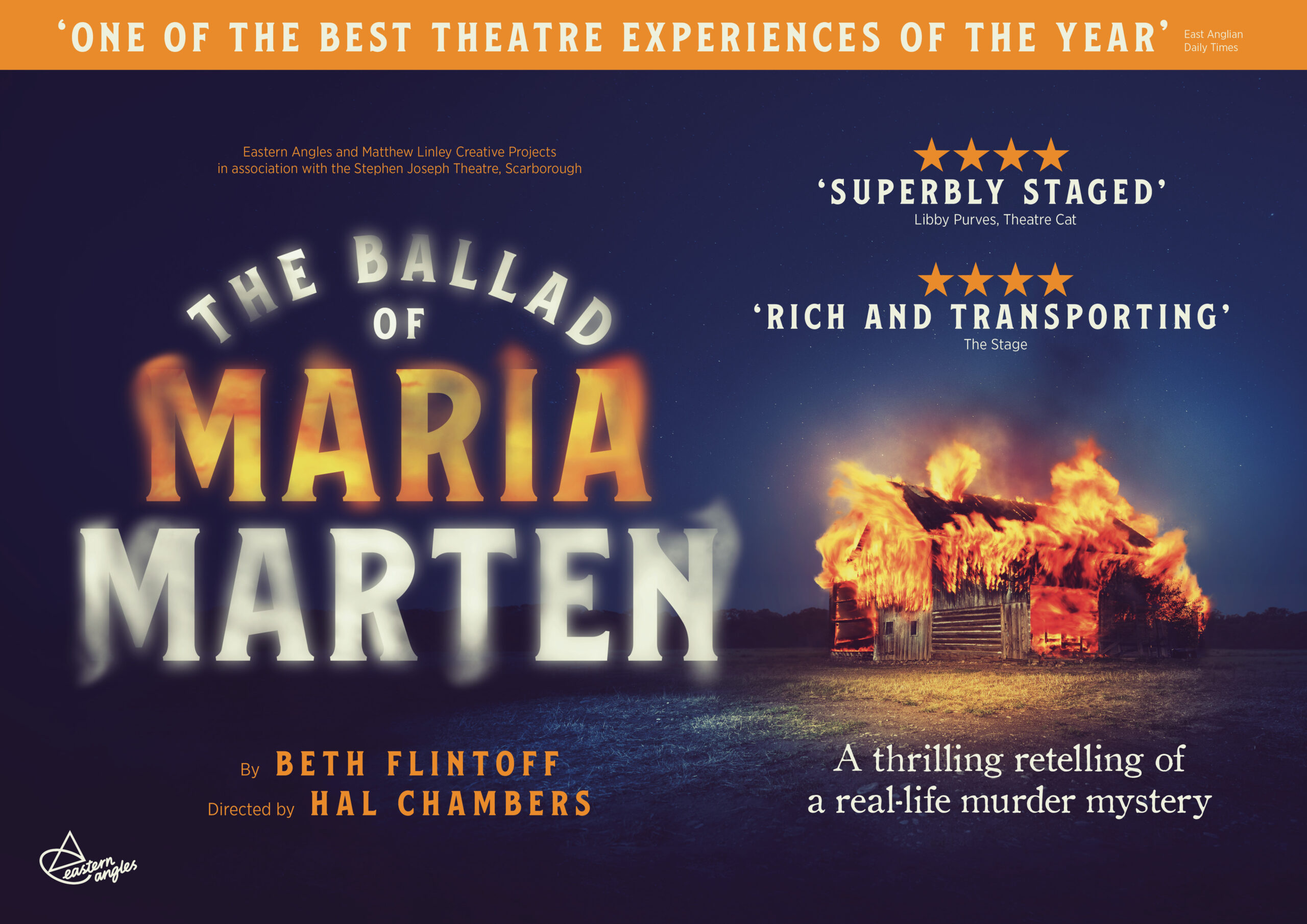 in association with the Stephen Joseph Theatre, Scarborough

THE BALLAD OF MARIA MARTEN

Summer, 1827. In a red barn, Maria Marten awaits her lover. A year later her body is found under the floor of the barn in a grain sack, barely identifiable, and the manhunt begins.

Maria’s story sent shock waves throughout the country. The Red Barn Murder (as it became known) was national news, inspiring writers and filmmakers down the ages. The sort of gruesome tale that had all the hallmarks of a classic crime drama – a missing body, a country location, a disreputable squire and a village stuck in its age-old traditions.

But in all this hysteria Maria’s own story gets lost. Until now. Hal Chambers and Beth Flintoff’s spine-tingling retelling rediscovers her story, bringing it back to vivid, urgent life.

‘Rich and transporting’ ★★★★ The Stage

‘It is vital, layered and empowered, a beautiful piece of theatre’ ★★★★ A Younger Theatre

'It is vital, layered and empowered, a beautiful piece of theatre.'

'A thrilling and poignant retelling.'

The Ballad of Maria Marten Performances