The Birds and The Bees 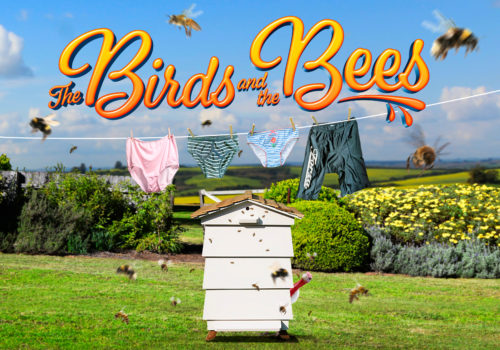 Funny and flirty, this hilarious comedy romp of sexual manners and family relationships has a heart as big as the laughs it brings. Written by Mark Crawford with additional material by James McDermott, this heart-warming show has been adapted from Canadian landscape to East Anglia countryside. It’s the bees’ knees!

On Gail’s East Anglian farm, the honeybees are dropping like flies – just like her love life. Her husband bolted twenty years ago and she hasn’t slept with anyone since. Though it seems she’s not the only one struggling with affairs of the heart. Her middle-aged daughter Sarah’s marriage is going up in smoke just like her turkey farm and neighbour Earl is fighting a losing battle with his sugar beet yield and his string of relationships that all come with ‘no strings’ attached!

Then along comes city-dwelling bio-student Ben to study those pesky poorly performing pollinators. He could probably also have a look at Sarah’s turkeys, which can’t seem to mate without a human helping hand. Perhaps some local mead and the annual Turkey Day’s Dance will sort everything out – and not just for the birds.

Age Guidance: 14+. No strong or offensive language but mild nudity and suggestions of sexual activity.

video credit: The Birds and The Bees Trailer

The Birds and The Bees Performances