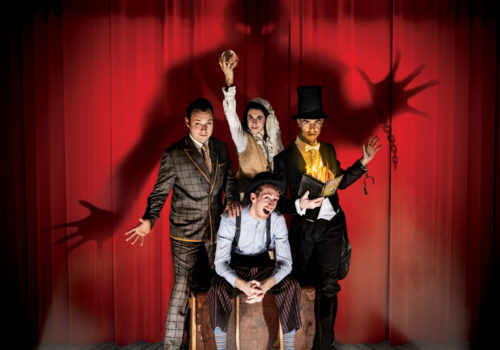 If you’ve got it, haunt it!

Interspersed with their own sensational acts, a comedian, a magician, a psychic and their charismatic compere tell the story of Sir Simon de Canterville, who disappeared mysteriously 300 years ago – after being accused of murder. When the thoroughly modern Otis family moves into Sir Simon’s former residence they’re warned about the fearsome phantom that haunts the hall. But has anyone warned the Canterville Ghost about them?

Warnings: Includes the use of haze, flash wool, and fire book.